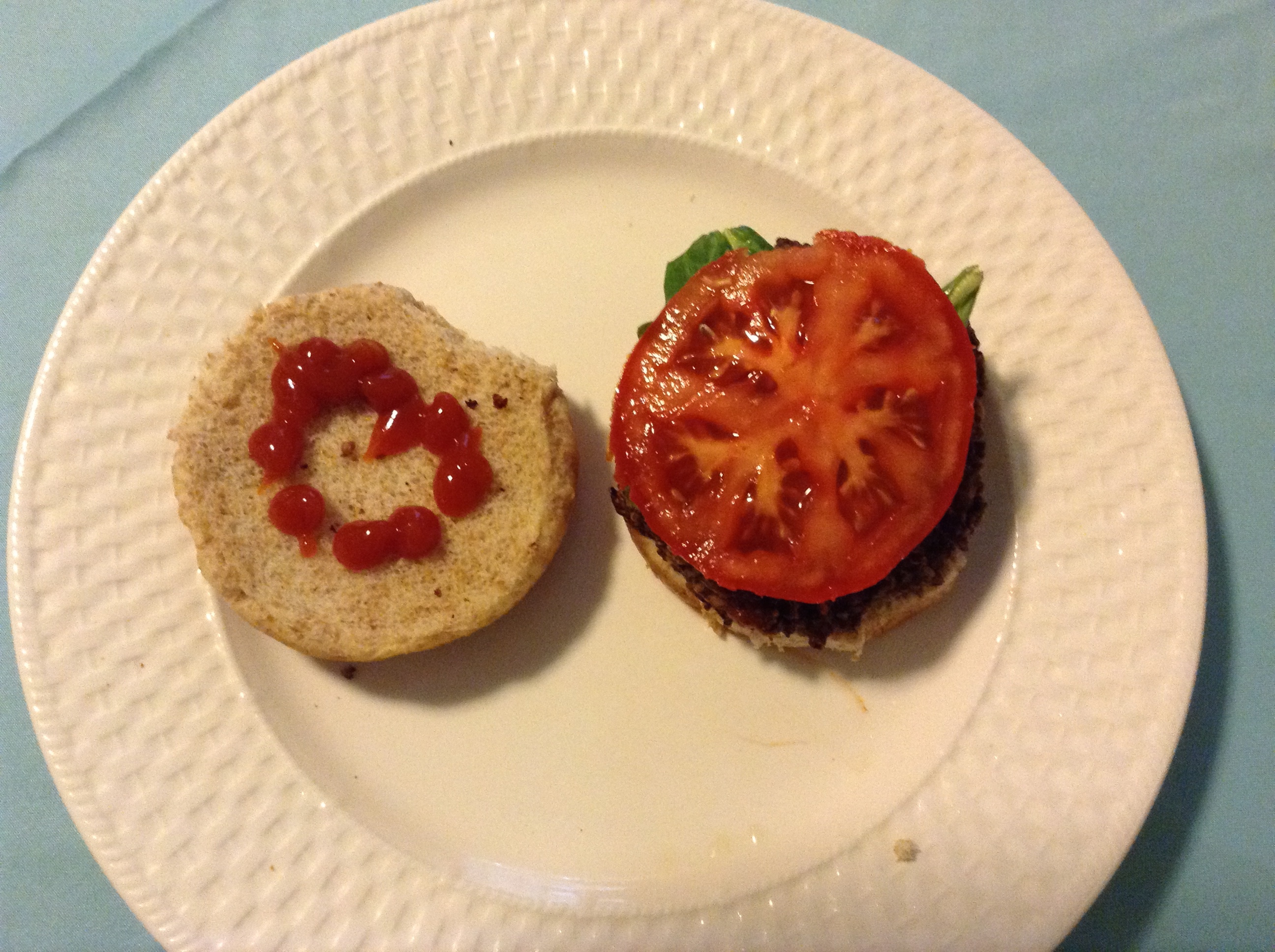 Quinoa (keen-wah).  I’d heard of it and that it was good for you, but had no idea what it was or how to use it.  After doing a little searching, I discovered a recipe on EatingWell.com that sounded good: Quinoa Veggie Burgers.  I liked hamburgers, and the other ingredients sounded pretty good as well.  So, I decided to give it a try.

The first step was pretty simple: heat the water and quinoa together until they boil, then cover and simmer for about 15 minutes.  This was pretty easy – just like cooking rice.  While the quinoa was cooking, I got to doing what else I could to prepare dinner.

For starters, I set out to toast the pecans.  Again, this was pretty easy.  I followed a tip on the recipe and, after measuring out the amount I needed, roasted the pecans on a cookie sheet for about 7 minutes at 350 degrees.  While the quinoa was still cooking, I used my food processor to chop/dice an onion, the roasted pecans, and an 8 oz package of white button mushrooms.  Once the quinoa was finished cooking, I set it aside to cool for about 10 minutes, and then fluffed with a fork.

After heating up the oil in a saucepan for about 5 minutes, I added the mushrooms, garlic, marjoram, and oregano, cooking for about another 5 minutes.  This was then set aside to cool as well. 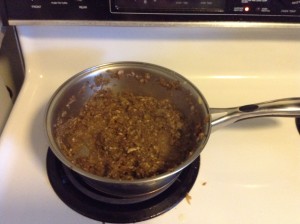 Once the mushrooms/onions were cooled down, I combined them with the quinoa, a beaten egg, and all the other ingredients in a large bowl until everything was mixed pretty well. 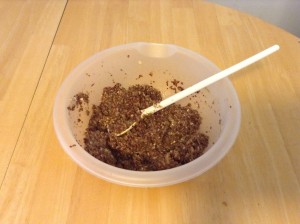 Then, using a 1/2 measuring cup, scooped the mixture into 8 “patties” on a greased cookie sheet. 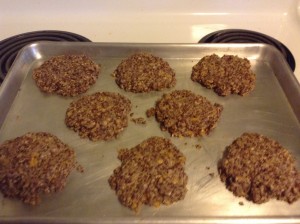 The patties were then cooked for about 28-30 minutes at 350 degrees.  After that, it was time to place them on the buns, add my favorite burger toppings – and have a try! 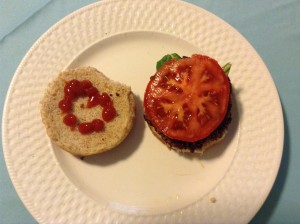 These were a little crispy, but VERY good!  Everything mixes together so well that you can’t pinpoint any one ingredient.  I fell in love with these and have cooked them at least three more times since I first discovered the recipe four months ago.  The kids enjoy them as well.  The last time we made them, AJ ate a whole burger (not just the bun like she usually does)!

If you are looking for a recipe to introduce you to quinoa, I highly recommend giving this a try!