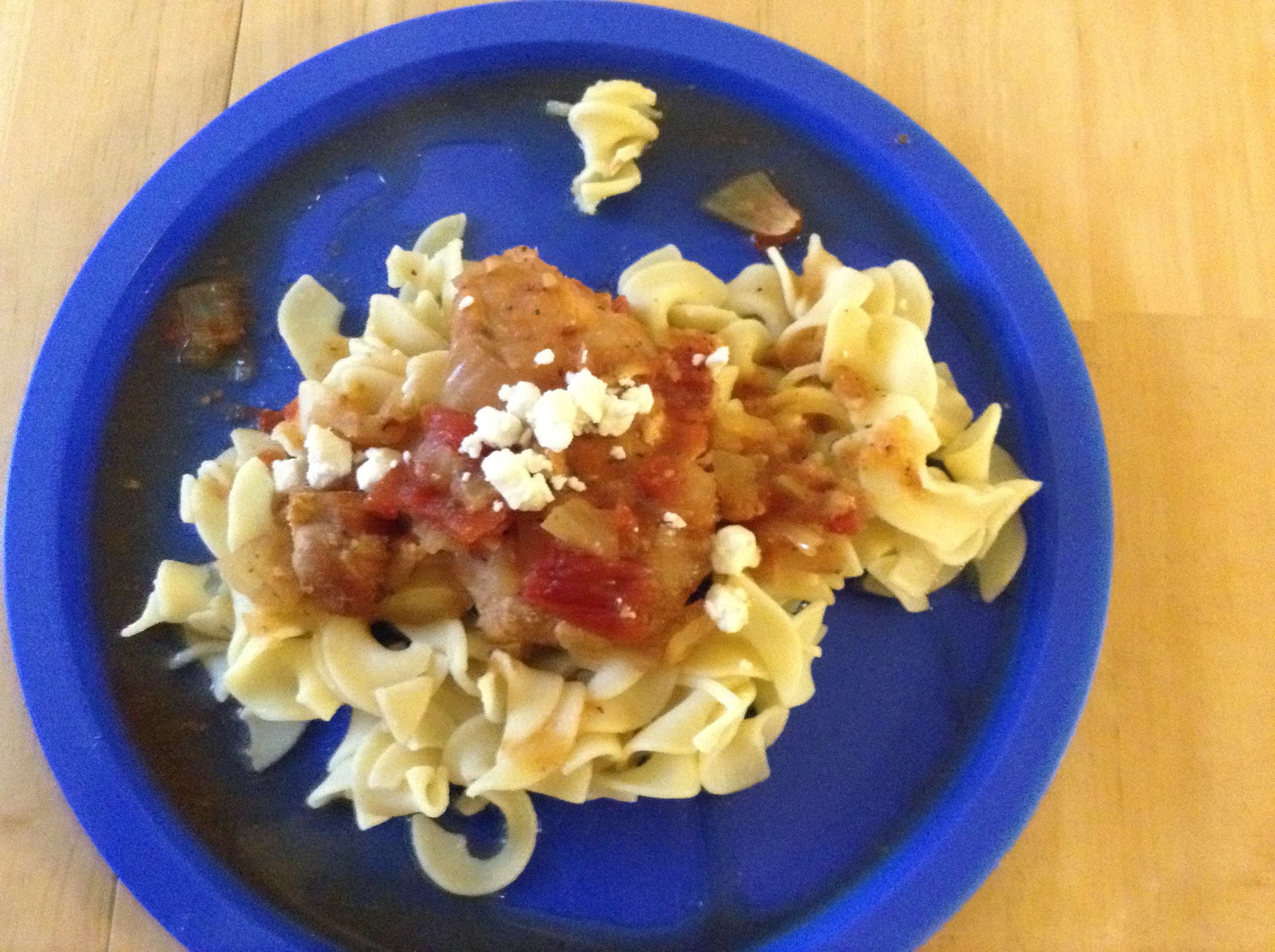 Since I started eating healthy, I’ve looked at different places to find new recipes to try. This past week, I seemed to be on an ethnic kick, trying non-American dishes. For Sunday dinner, we tried Mediterranean Chicken.  The recipe was from a little booklet I bought called Skinny Slow Cooker Recipe Cards from the Crock Pot company.

I had a hate/love relationship with this recipe.  The hate was the preparation.  The love was the final result.

I woke up and, while getting the kids ready for church, remembered what I had planned to cook.  I took a look at the recipe, and it called for cooking it in the slow cooker for 8-10 hours on low or 4-5 hours on high.  It was 9:45 when I realized this.  I thought “No problem!  Just throw everything in in about 15 minutes, turn it on, and eat at 6!”

Well, my first problem was my chicken.  I usually buy bags of frozen skinless chicken breasts since I use them so much in my cooking.  I had forgotten to take some out the night before, so I just measured two pounds in my kitchen scale and threw them in the microwave to defrost.  This itself took the 15 minutes I had planned on using to cook.  Once the chicken was thawed, I weighed it again to make sure I had two pounds.  Nope!  It took defrosting one more piece to finally get my two pounds of chicken. 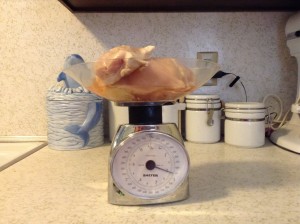 After making sure I had the right amount of chicken, I was supposed to heat the oil and use it to brown the chicken.  I many times forget that heating oil doesn’t move until you put something in it! I figured the oil was hot enough, put two pieces of chicken in the frying pan, and the fireworks began!  Oil went popping everywhere.  I stood back right away and missed being hit by the arsenal coming from my frying pan.  (Unfortunately, my fridge calendar was wounded with very evident grease marks that will show until next month).

After my frying pan calmed down, I was able to cook the chicken in the oil until it was browned.  This took some time as well as I was only able to cook about two pieces at a time instead of cooking all five chicken breasts at once. 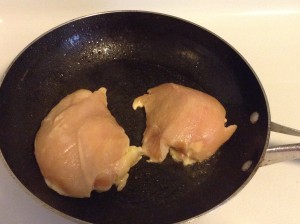 I set the chicken aside after it was browned on a paper plate, then went to getting the crockpot ready.  The next step seemed pretty easy: throw the remaining ingredients in the crockpot (minus noodles and cheese).  I had bought some bottled minced garlic a while ago, so that was no problem.  I used bottled apple cider (instead of the dry sherry that it originally called for).  My problem came when I realized the last ingredient: chopped onions.

I had the two onions, but they were hadn’t been cut yet.  No problem – just pull out my trusty food processor to chop them up for me.  I cut the onions into four pieces, put one in the food processor, pushed the button – and nothing happened.  I tried readjusting the bowl, the lid, the blade, everything, but still nothing worked.  I finally gave up and start chopping one by hand while Josh played around with the food processor.  I then remembered how a couple weeks ago my sister had used my mom’s Ninja (a super-powered blender) to shred some chicken.  I put the remaining pieces I had of my onion in the blender, pushed the “chop” setting, and watched the onion become puree instead of chopped.  As if that weren’t enough, my blender decided to only mix what had already been mixed instead of other slices.  Josh had in the meantime given up on the food processor as well and was chopping the other onion by hand.  I was running short on time, so I finally just took what we had and threw in the chopped onion, pureed onion, and the smaller of the remaining slices into my Crock Pot. 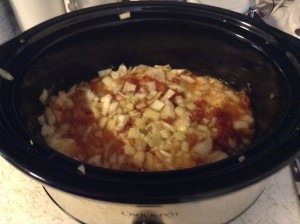 By this time, it was 11:00 – more than an hour past when I originally started cooking.  I then put the chicken on top of the mixture, set it to low, and tried to get me and the family ready for church. 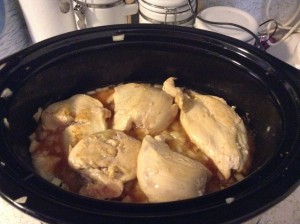 We got home from church after 4, and the house was smelling really good.   I didn’t want to eat late at 7, so at about  5:30 I switched the Crock Pot to high so it would be done by 6:30.  Around this time I started making the egg noodles, and was surprised at how easy it was!.  I turned off the Crock Pot to prepare the meal.

The first thing to do was to put some of the egg noodles on the plate.  Then, put some of the chicken on top, and pour the sauce from the CrockPot over the chicken and noodles (get rid of the bay leaf and the cinnamon sticks).  Sprinkle a little feta cheese over the top, and you are ready to eat ! 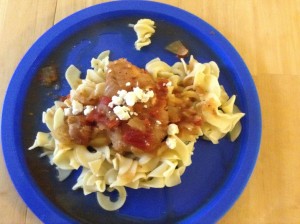 With the kids and I sat down to eat, and we dug in.  PJ enjoyed it (particularly the cheese).  My biggest test is AJ.  She is my pickiest eater lately, and I wasn’t sure what she was going to do.  She picked at it here at there, eating a little more than she has recently.  I tried putting some on a spoon to see if she would eat what I gave her.  If she hates it, she turns away.  I put some on a fork, put it towards her, and she opened her mouth to eat it!  I took my first bite, and smiled!

Despite all the frustration, I really liked this meal.  In some meals, you can taste the flavor on the outside of the meat, but not the inside.  The flavor had gone all the way through the chicken and tasted delicious.  The cheese also added some good flavor to the chicken and the noodles.  This is a recipe that I would recommend to others, but I would also recommend being prepared and not cooking it in a time crunch!