You are here: Home / Diligence / Inspirational / Facing Your Fear: Failure or Success?

Facing Your Fear: Failure or Success? 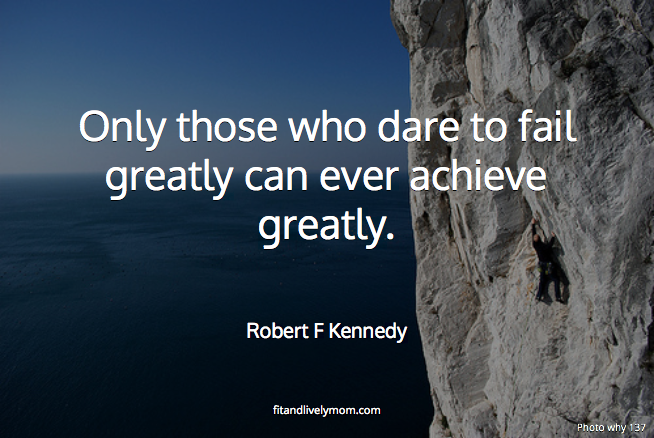 I am scared of my town’s sidewalks.

I know that sounds crazy, but it’s true.  They are uneven, with many ledges popping up here and there.  When I was training for my first 10K, I always tripped at least once while running.  This led to many scars and hurt knees, not to mention ripped workout clothes.  I finally learned to just run on the side of the road where it was flat and even.

I wanted to do something different yesterday, though, and that was run in the morning.  I’ve never run in the dark before – the sun has always been up with me.  Since it’s only January, though, the sun was still down when I set out.  I decided to run on busy streets with streetlights so drivers could see me, and so I could see where I was going.  Busy streets though meant no running on the road.  I was going to have to face my fear and run on the sidewalk!

To my surprise, I did’t trip!  There were little ledges here and there that I was able to see enough in advance to leap over.  I did run on the road in some more residential areas of my route, but a good portion was on the sidewalk.

As I was running, I got thinking.

What other things am I afraid of?  What things are people afraid of?

Of course there are the usual fears: darkness, heights, spiders, and fish (or maybe that final one that is just me).  I also think people (myself included) are afraid of failure.  We’re afraid of the reminder that we are human and can’t do everything.  We’re afraid of people looking at us differently because we didn’t accomplish something.

Don’t be scared of failure or success.  Don’t be scared of doing something extraordinary.  Yes, you may trip many times like I have.  But just get back up and keep going.  You never know what great success is just around the corner!