You are here: Home / Uncategorized / Bringing It Home 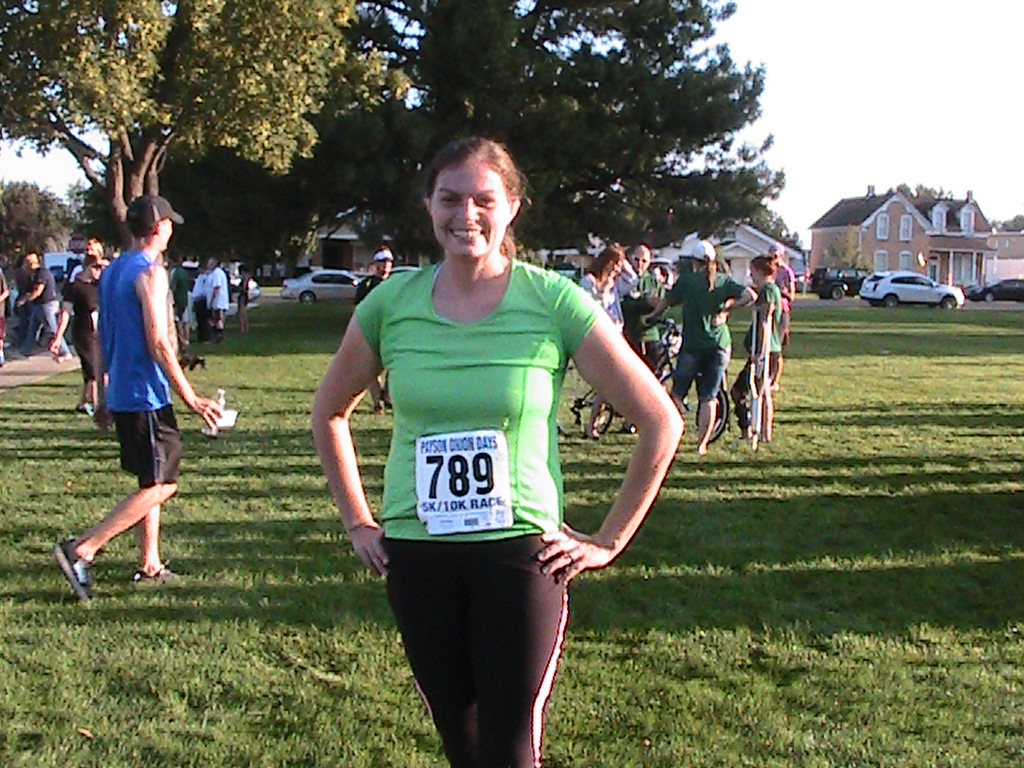 I had my best race yet in my hometown.  Not because I knew the route, but because I was surrounded by love.

Sunday night before Labor Day, I went to bed early so I could have enough rest for my 10K.  I’d run several times before, whether they were my long-distance weekend runs or a race.  This was my 3rd race and my 2nd 10K, but I already knew it was going to be different – this time I was going to be running in my hometown.

I had a hard time sleeping.  I was having weird dreams (like trying to convince a cop I hadn’t been speeding) and was terrified of sleeping too long.  Finally, my alarm went off and I was up.    I got dressed  and then rushed around trying to make sure we had everything we would need for the day.  Finally, Josh and I grabbed the kids and headed for my race.

My excitement seemed to grow with every mile that brought us closer.  Finally, we arrived at the registration point.  I couldn’t help smiling as memories and thoughts came flooding as I walked into a building.  The room where I grabbed my registration packet had been the home of many youth city council dances.  My high school Spanish teacher was helping hand out the packets.  I found a friend who was running the race with her brother.  I kept smiling as I said hi to some people, grabbed my packet, and headed back  to find my family.

As I went back outside, I found PJ ready and walking around the car while Josh helped AJ get dressed.  PJ turned around, saw me, and got a big smile before saying “There’s my mom” and running to give me a hug.  AJ was soon beside him giving me another hug.  My heart swelled with love and joy as I knelt down to hug my kids before heading off to warm up.

After a few minutes, I headed to the starting line with all the other runners.  The gun soon went off, and I was once again running.  I was pumped for the first minutes as all those waiting to start the 5K were cheering us on.  However, the cheering soon died down and I was left alone with the sound of feet hitting the pavement.  I had two goals as I set out on this race: I wanted to run the whole time, and I wanted to come in  under an hour.  There were times I was barely jogging, but I kept running.  Something that kept me going was, once again, the thought of my husband and children waiting for me at the finish line.

This 10K was a little different than my first 10K: almost every mile brought back some memory.  I ran under an overpass that some friends and I had sat under 11 years earlier talking.  I ran past the garden shop where I had performed Christmas dance recitals.  I ran past the factory where a friend had worked in high school.  One of the turns was at a church  where my congregation sometimes had activities.  The smell in the air reminded me of girls camp or the nearby mountains that I loved.  The route ran past the office of my old orthodontist.

Just as I was heading around the last bend, the route went past some houses I thought I recognized.  The neighbors were out there cheering us on, but then I saw someone I didn’t expect: Chad.  Chad is a man I have known most of my life, a man who has been very good friends with my parents since before I was born.  As I ran past his house and realized who it was cheering me on, I found a second wind that got me going faster than I had at the beginning.

I went around the last bend and saw my little family.  PJ soon came off the curb, wanting to run with me.  He was called back by his dad who was shouting “Go!  Go!”.  I gunned it for the finish line and came in with a time of 57 minutes and 28 seconds.  I was welcomed in with hugs from my kids and husband, the best cheering squad anyone could ask for.

It was nice to reminisce as I went for my “little” run in my hometown.  However, the times I felt the happiest and the most energized wasn’t when I was thinking about the “good ol’ days” or when I grabbed a drink of water.  It was when I ran into or saw people who I know and cherish.  Whether it was an old teacher, a high school chum, a dear family friend, or the best husband/kids in the world, it was love that helped me find strength to and helped me have my best race yet.