You are here: Home / Diligence / Inspirational / Making the Climb 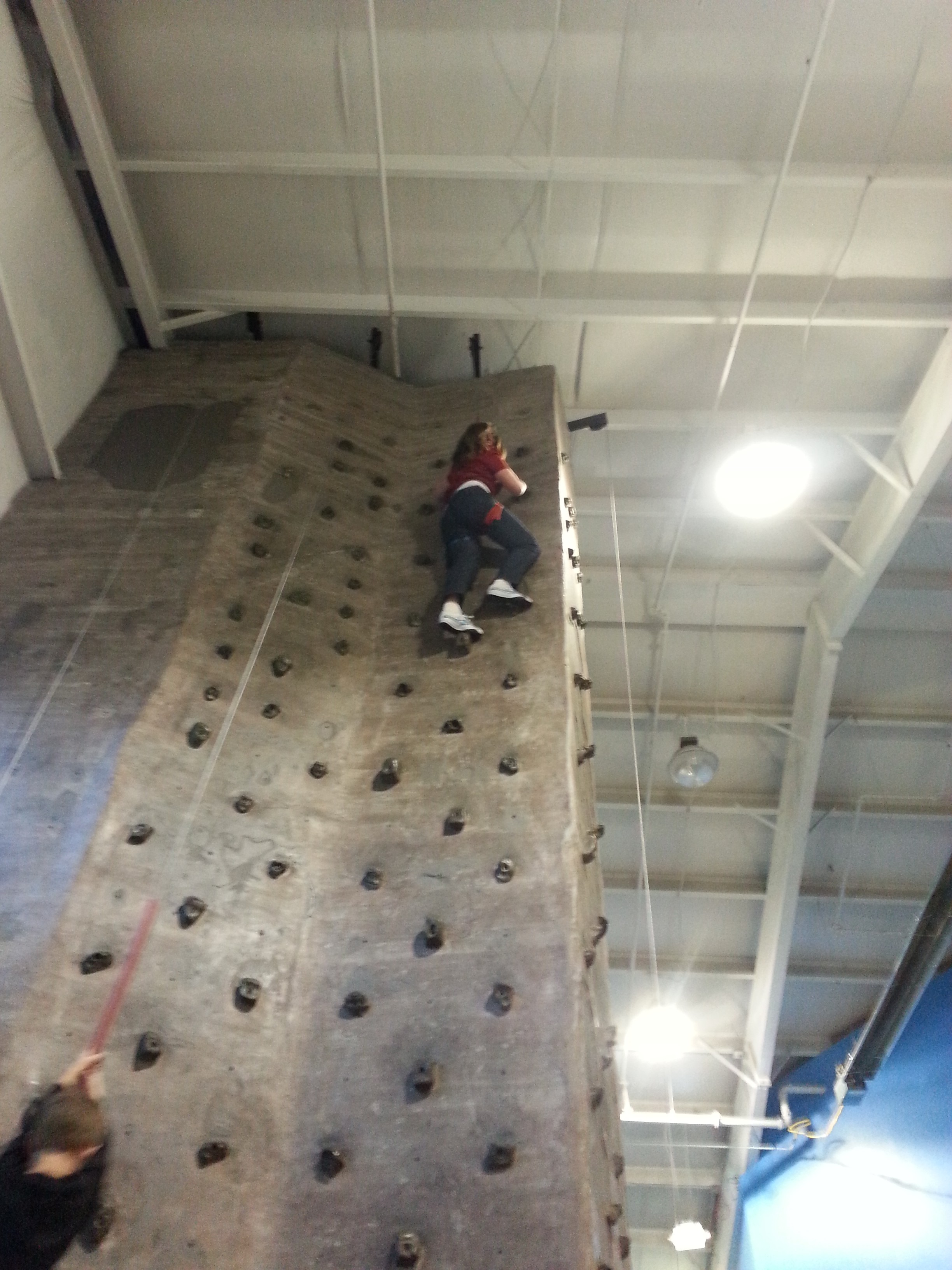 In another post, I mentioned my goal of  making the climb to the top of a rock wall.   I had given up on that goal last year, simply saying “I can’t” and dropping back down.

Well, I told Josh my goal of making the climb to the top of the rock wall. Our membership to the rock wall’s home (Lehi Trafalga) expires at the end of April, so that only gave me a little over a month to accomplish my goal. I decided I would try two weeks before it ended, giving me one more week to try if I didn’t accomplish it.

Josh then threw a thought out into the air: “Why wait? We could go as a family today and you can try.” We hadn’t done anything as a family for awhile, so I saw no problem in going and letting the kids play in the little playground. But making the climb so soon? I didn’t think my arms were strong enough. I didn’t want to go and fail. I didn’t think I could do it.

I was already nervous on the drive over. Why? It was just a rock wall! But my heart was already racing. I tried to keep my palms from getting sweaty (not something you want if you’re climbing), but I couldn’t shake the nervous feeling. It felt like stage fright just before a performance. My mind was constantly asking “Can I do this? Can I do this?”. The truth was, I was scared. Scared of what – I don’t know. I don’t know if I was scared of failing or succeeding.

When we arrived, the rock wall was the first thing I saw. It seemed to loom over me as we handed the attendant our passes. We took the kids to a little play area right next to the rock wall. I just kept looking up at this wall wondering “Can I do it?”. I played with the kids. I changed my shoes. I did everything I could to keep putting off making the climb. Finally, I ran out of excuses. With Josh watching the kids, I went and got in line.

While waiting, I watched several other people attempt to climb the wall. I also looked at all the others in line. These people all had something in common – they were kids. One of them may have been about 13- or 14-years-old, but they all seemed so young. I did feel silly – a tall woman in her late 20s climbing with all of these little kids. But I wasn’t going to let that stop me.

The attendant finally let me and a few kids in to strap up. I chose my harness and adjusted it. It took awhile to get the straps big enough to fit on me (since I don’t have the body of a 10-year-old). The attendant got me hooked up to my section, and I looked up. There was nothing left to do but start. 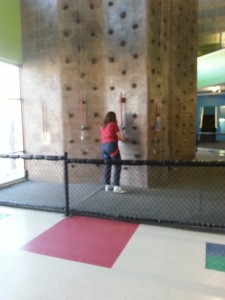 Things started off fine. The nervousness seemed to be subsiding. All I focused on was finding a new place to put my hands and feet. Fear came every time I couldn’t find a new ledge or a large enough one. Once I placed my hand or foot, I focused on the next movement. After awhile, I felt tired and wanted to drop down. The thought came “It would be so easy to just let go and repel down!”. Then another thought came – my son. He had done something so hard for him. How could I look him in the eyes, knowing I had given up when I wouldn’t let him do the same. I then looked up. I had about five maneuvers left.  I kept climbing. I pulled myself up until my hand finally grasped the last possible ledge. I took a deep breath, looked down at my family, and smiled. I had done it!

I repelled down and ran to the play area. I still couldn’t believe that I had reached the top! I asked Josh if I could see the picture of me at the top, only to find out that he hadn’t taken one! Apparently AJ had tried to climb the fence out of the play area when I hit the top, so Josh had to hurry and take care of her. By the time he got back to take the picture, I was already on my way down. I wasn’t going to let us go home without a picture of me at the top. So the only thing I could do was to make the climb again!

The second time was so much easier! Not only did I have the knowledge that I could do it, but I had watched some other people who had made it to the top. Instead of trying to spread out my arms and legs and search for a ledge, I just stuck to two rows and made it up a lot quicker. If only I’d known that before! I made it to the top, then turned around so Josh could get a picture. After holding on for about a minute to make sure he could get something, I repelled back down with a feeling of triumph! 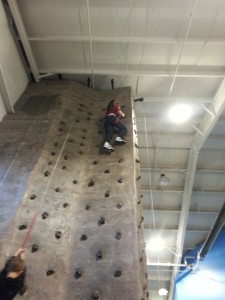 We picked up the kids and headed home.  I had a quiet feeling of satisfaction as we drove.  My fear hadn’t stopped me from reaching my goal.  After many years and many rock walls, I knew what it felt like to finally make the climb and reach the top.  I just smiled to myself and said three words “I did it!”.